Doug is our Agency Manager who along with Roger started the company and is still coming on strong after 14 years. He handles the day to day operations and produces our Personal Lines, Commercial Lines and Life Insurance. Believe it or not, Doug has a life outside of insurance. He is a member of First Baptist North Spartanburg, where he has been involved with several ministries. He has been on mission trips to New Orleans to help clean up after Katrina and Nicaragua where he helped update churches. He has participated in Food For The Heart Drives, Christmas in Action along with several civic volunteer projects. Doug was a foster parent for several kids. They have one adopted daughter. When he is not out enjoying a college football game you might see him out for a daily jog. 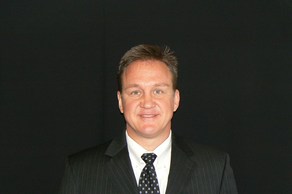 Roger is the President of Select Source Insurance Group and Associated Mortgage Services, Inc. Roger oversees the strategic decision making for the Agency. He operates Associated Mortgage and originates mortgage loans on a daily basis. Roger has volunteered as a soccer coach in CESA where is youngest son participated. He has been involved with various charities. When he and his wife are not hosting family events and holidays at his home you may see him out on Lake Bowen tubing and skiing with his two boys. He also enjoys getting away for a few days on an annual camping trip with his boys or an annual Florida Gator football game.